You are here: Home1 / Our patrons

This page is dedicated to our sponsors. You are an artist, journalist, sportsman and you want to use your popularity for an environmental and social cause ? You want to represent the cause of chimpanzees and tropical forests with us ? Contact us: amandine.renaud@p-wac.org

Thanks to our current sponsors to talk about us ! 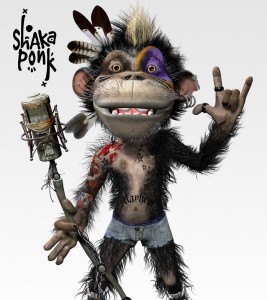 Shaka Ponk is an electronic funk rock band that sings in French, English and Spanish, making them unique in their musical genre.

Everything began in 2014, when we met with Shaka Ponk in Paris for the first time, in spite of their busy schedule. They found the time to listen to us. Their mascot, Goz, the chimpanzee, was very concerned for his relatives in Africa.

In October, Shaka Ponk announced their support for P-WAC on their social media pages: Facebook, Twitter and their website… Their fans « the Monkeyz » were invited to support and help us.  They did even more by addressing the causes we support  (anti-poaching, anti-deforestation, great apes conservation, building awareness among local populations).

We accompanied them on their concert tour in France. The Shaka Ponk team allowed us to promote ourselves with information booths during their concerts. In 2015, we discover a new stage of our sponsorship of Shaka Ponk: a Goz – P-WAC T-Shirt for the benefit of great apes!

Amandine, founder of P-WAC, has been friends since kindergarten with Nicolas, a tennis teacher. To help Amandine and encourage her environmental initiative, Nicolas asked his Montanay Tennis Club to sponsor the project. That’s how the adventure begins. Nicolas organized summer internships for his students, whose funds are entirely donated to P-WAC. Children’s events are being prepared, so that the students of the tennis club become experts in primatology! 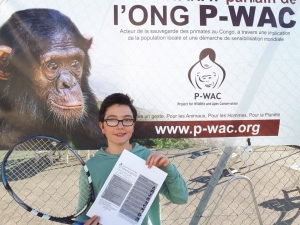 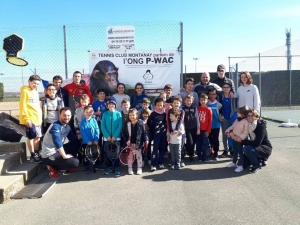